Sometimes there’s the assumption that, because you know how to cook, it naturally follows that you know how to bake; that for the food-obsessed home cook, the realm of savoury and sweet are completely interchangeable. Allow me to put that assumption to bed. Cooking and baking are two different beasts – not mutually exclusive, but not close bedfellows either. Slipping a pot roast in the oven is not the same as, say, slipping a pan of brioche dough into the oven. Not at ALL the same. While I’m a decent home cook, I wouldn’t go as far to call myself a baker. I’ve certainly baked things before – lots of things – but I’ve never really done it with the same confident ease that flows through the veins of seasoned bakers. There are people who whip around the kitchen like they were born with a whisk in one hand and a battered spatula in the other. These people are forces of nature.

In contrast, baking for me usually involves a lot of lip-biting, heavy sighing, cursing and finger-crossing. I’ve had my fair share of lumpy, jiggly, over-baked, under-baked, quivering specimens come out of the oven, which means that each time I step into the kitchen to bake something new, there’s a little bit of PTSD that creeps in. I gnaw at my cuticles. I get cold sweats. I pray a little harder to the gods of sugar and spice and everything nice. Sometimes things work out (almond meringues, whipped to perfection!), sometimes they don’t (cherry clafouti that looks and tastes like punishment!). It’s a game of baking Russian roulette, really. Except that when things start to go downhill (why isn’t the cream setting? why are there nubs in the frosting? why is the centre still uncooked, but the bottom nearly burnt?), I remember that, in my case, there are several bullets in the barrel…not just one.

Strangely, these failures haven’t stopped me trying to be a better baker. They’ve actually had the opposite effect – I still bookmark the sweets sections of my cookbooks and turn baking magazines into fringed monsters with Post-Its; I continue to fatten up my Pinterest board with baking ideas that may or may not materialise (I’m looking at you, cannelés…). It’s a habit that’s equal parts romanticism, masochism and obstinance, but it’s part of a larger goal of not letting fear dictate what I make (or don’t make) in the kitchen, even if it means burning a few things in the process.

I do have a pretty bad Valentine’s Day track record. So this year I’ve decided to cool it with the overly-complicated, thematic baked goods. Instead, I’m proposing something for the non-bakers in all of us. Something easy and ultra-delicious that can be thrown together quicker than you can say Thank god I didn’t burn another batch of stupid, flipping cupcakes.

May I present your new favourite back-pocket recipe, for:

You’ve had a version of this cake before, I’m sure. But the one I’ve got here is 100% foolproof, straight from the ever-dependable, Canadian Living Test Kitchen. It’s been one of my mom’s go-to cake recipes for years and it’s always perfect. It isn’t French pâtisserie; it doesn’t require chilling or resting or parbaking or leavening or whipping egg whites into stiff peaks. In other words, it’s a very forgiving cake. Which is a good thing when you’re not preternaturally skilled in the baking department. I’m certain your Valentine will appreciate the gesture. (Especially because it means they won’t have to eat another batch of punishment cupcakes.)

Happy Love Day to all of you. x

A note on decorating: as it turns out, my cake-decorating skills are about as limited as my baking skills, which explains why the final result looks a little like a confederate flag from a usurped Dutch republic. But, no matter. The important thing is that your cake is delicious. You’re not Martha Stewart and this isn’t a beauty contest. So if your candied orange rosettes look more like something off a cheap sushi platter, it’s no big deal. Own it. Because you did, after all, make a wicked cake. Rosettes or no rosettes.

3) In separate bowl, beat together granulated and brown sugars, eggs, oil and vanilla until smooth; pour over flour mixture and stir just until moistened. Stir in carrots, pineapple and pecans. Spread in prepared pan.

4) Bake in centre of 350°F oven for 40 minutes or until cake tester inserted in centre comes out clean. Let cool in pan on rack. (Make-ahead: Cover with plastic wrap and store at room temperature for up to 2 days.)

Icing: In bowl, beat cream cheese with butter until smooth. Beat in vanilla. Beat in icing sugar, one-third at a time, until smooth. Spread over top of cake. (Make-ahead: Cover loosely and refrigerate for up to I day.)

In a saucepan, bring the orange juice and sugar to a boil. Add the sliced carrots. Simmer until tender and translucent, about 8 minutes depending on thickness. Let cool completely. Drain. Arrange on cake as desired. 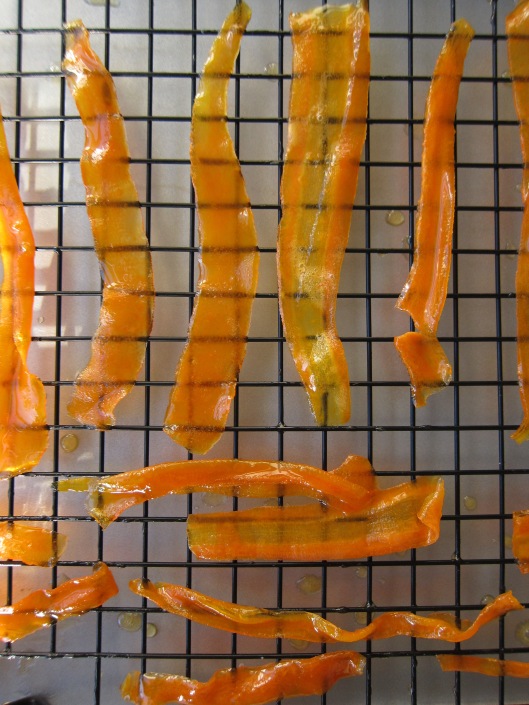 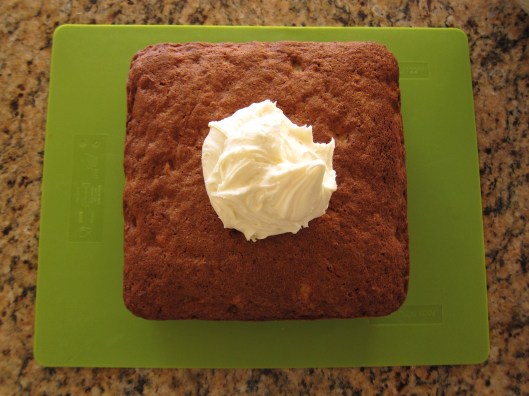 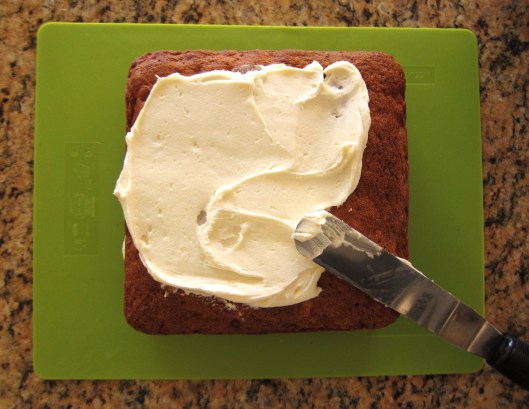 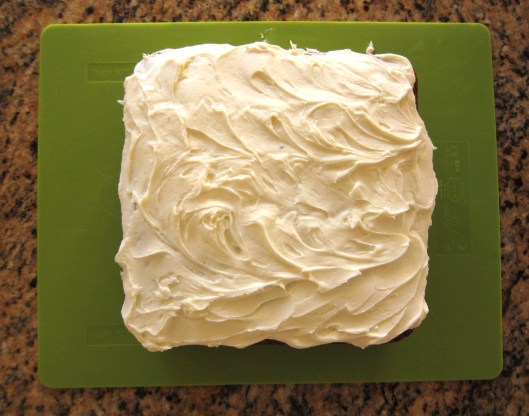 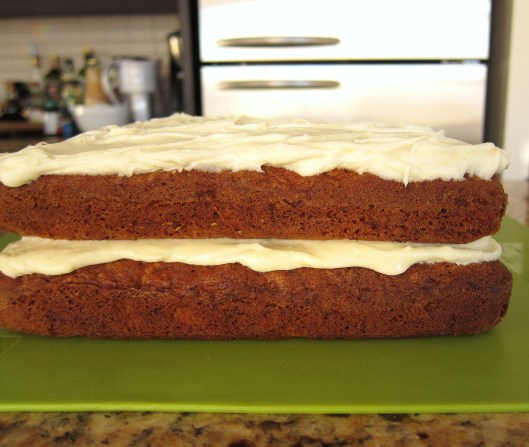 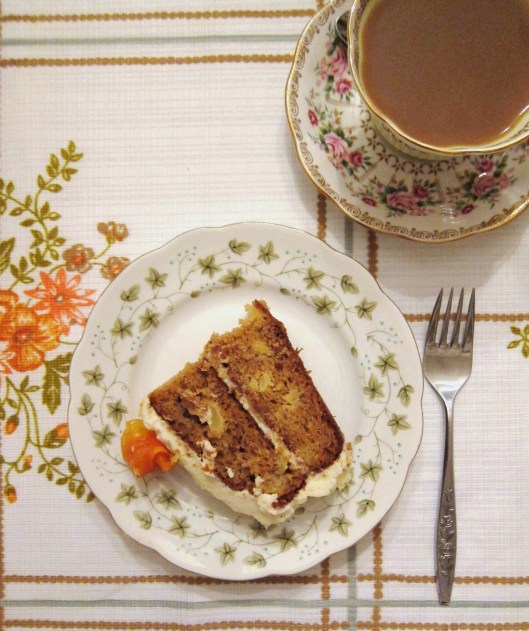